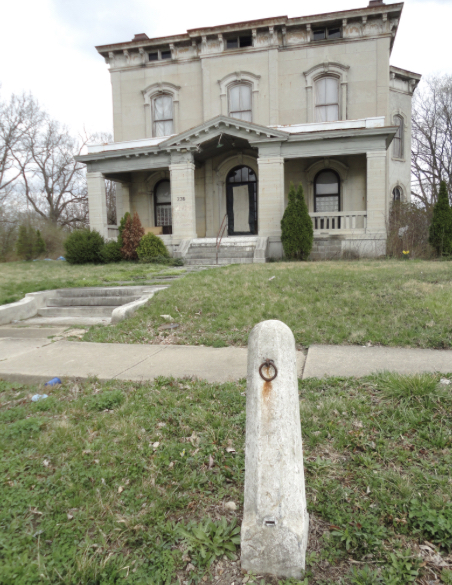 Awards to preserve the Historic Summit Street Young Women’s Christian Association (aka ‘West Side Y’) at 236 Paul
Laurence Dunbar St. in West Dayton (Montgomery County, Ohio) were recently announced. The project was funded
through the African American Civil Rights grant program, funded by the Historic Preservation Fund, and administered by
the National Park Service, Department of Interior. The official National Park Service press release for this grant can be
found at www.nps.gov for program information. Only two projects in Ohio qualified for funding through the federal
program this year.

“The Early Visions Purpose Center will serve to expose women’s history while providing responsive programs
dedicated to the skills of community resident girls and young women. The historical roles, contributions, and legacy of
West Dayton’s African American women will be highlighted. This is the perfect opportunity for other organizations to
provide community support within West Dayton.” says Early Visions President and CEO, Ms. Elizabeth Early-Gainous.

“The views and conclusions contained in this document are those of the authors and should not be interpreted as representing the opinions of the U.S. Government. Mention of trade names or commercial products does not constitute their endorsement by the U.S Government.”